OPTION 1
Castle tour (6 h)
Pidhirtsi Castle is an architectural monument of the Renaissance. The castle was constructed during 1635-1640 under the guidance of an architect Andrea del Aqua according to an order of the crown hetman Stanislaw Konetzpolski. It is one of the European best examples of the Renaissance palace and its combination with bastion fortifications. Its ensemble includes palace, yard, St. Joseph church and a “French” park. In 1720 the castle was given to the family Zhevuski who turned it into a real museum. Olesko Castle is probably the most famous castle in Lviv region, revived from complete ruins. The first mention dates are in 1327, when an old Rus Fortress had stood on a hill. There is an interesting fact that Jan III Sobieski was born in this castle, the winner of the battle near Vienna in 1683. Dinner in medieval restaurant with activities: medieval dances, staged battle, archery, crossbow.

OPTION 2
Carpathian Tram. Dovbush rocks. Goshiv monastery (13 h)
It is the only one narrow-gauge railway sightseeing route in Ukraine. The narrow track is 760 mm wide.
It is almost twice less than a traditional one in Europe. There are stops near the bridge across the Mizunka river; the spring of mineral water “Horyanka” and hunging bog “Shyrkovets”; “Dubovyj Kut” station and the cascade of the Mizunka waterfall on the route.
The Rocks of Dovbush is a group of natural and man-made structures carved from rock in Ivano-Frankivsk Region in western Ukraine. Geologists have determined that this rock mass formed more than 70 million years ago and was situated on the bottom of a long dried-up sea. In 1981, the rocks were proclaimed as a reserve territory. Dovbush rocks have a rich and interesting history. The name of the formations comes from a leader of the opryshky movement, Oleksa Dovbush. Oleksa Dovbush is compared with a famous English folklore character – Robin Hood. The rocks are a part of the Polyanytskiy Regional Landscape Park.
Historical landmarks along the route include the ancient Goshiv monastery on the Jasna Hill. Goshiv monastery is famous for miraculous icon of the Mother of God. Nowadays, people from all over Ukraine come to Goshiv Virgin to feel God’s mercy and grace.

OPTION 3:
Tustan rocks. Kamyanka waterfall (10h)
Kamyanka waterfall. It is a monument of geology, located on Kamyanka river, 550 m above the sea level. The waterfall was formed as a result of breaking the mountain range. The height of the cascade is almost 7 m. It is divided by rocky ledges into two main parts — the higher and the lower ones.
Tustan fortress. The original wooden fortifications dates back to the 9th century. The wooden structure was built into ancient rock formations to protect the borders of Kievan Rus’ from wild hordes. The fortress also served as a customs point along the Silk Road between China and Portugal that provided. Tustan is wooden fortification complex that has no analogues in Europe. The original wooden fortifications were built in the IX century. They did not preserve till nowadays, simply because the wooden castles of those times did not survive anywhere else. Nowadays, you can visit the festival of medieval culture, music and tradition that take place here in summer. 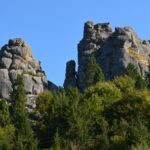 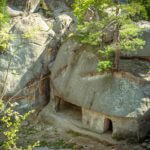 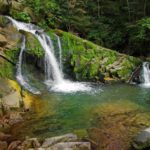 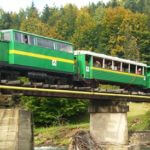 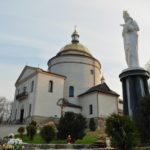 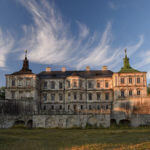 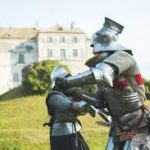 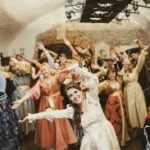